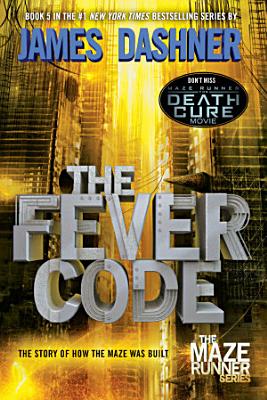 
Book five in the blockbuster Maze Runner series that spawned a movie franchise and ushered in a worldwide phenomenon! Don’t miss the highly-anticipated series conclusion that finally reveals the story of how Thomas and WICKED built the Maze. Also look for James Dashner’s newest bestselling series—The Mortality Doctrine: The Eye of Minds, The Rule of Thoughts, and The Game of Lives! Once there was a world’s end. The forests burned, the lakes and rivers dried up, and the oceans swelled. Then came a plague, and fever spread across the globe. Families died, violence reigned, and man killed man. Next came WICKED, who were looking for an answer. And then they found the perfect boy. The boy’s name was Thomas, and Thomas built a maze. Now there are secrets. There are lies. And there are loyalties history could never have foreseen. This is the story of that boy, Thomas, and how he built a maze that only he could tear down. All will be revealed. The Maze Runner and Maze Runner: The Scorch Trials are now major motion pictures featuring the star of MTV's Teen Wolf, Dylan O’Brien; Kaya Scodelario; Aml Ameen; Will Poulter; and Thomas Brodie-Sangster. The third movie, Maze Runner: The Death Cure, will hit screens in 2018. Praise for the Maze Runner series: A #1 New York Times Bestselling Series A USA Today Bestseller A Kirkus Reviews Best Teen Book of the Year An ALA-YASLA Best Fiction for Young Adults Book An ALA-YALSA Quick Pick "[A] mysterious survival saga that passionate fans describe as a fusion of Lord of the Flies, The Hunger Games, and Lost."—EW.com “Wonderful action writing—fast-paced…but smart and well observed.”—Newsday “[A] nail-biting must-read.”—Seventeen.com “Breathless, cinematic action.”—Publishers Weekly