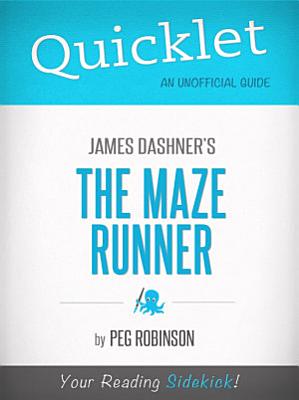 
ABOUT THE BOOK “Out there’s the Maze,’” Newt whispered, eyes wide as if in a trance. “Everything we do—our whole life, Greenie—revolves around the Maze. Every lovin’ second of every lovin’ day we spend in honor of the Maze, tryin’ to solve somethin’ that’s not shown us it has a bloody solution, ya know? And we want to show ya why it’s not to be messed with. Show ya why them buggin’ wals close shut every night. Show ya why you should never, never find your butt out there.” “All is an illusion” is the core message emanating from James Dashner’s novel, The Maze Runner, which hitches a young adult (YA) science-fiction fantasy plot to a premise reminiscent of The Prisoner or an old Twilight Zone episode. Children trapped in a manipulative experiment, with their memories of their past lives wiped clean, struggle to escape to a seemingly elusive freedom. The Maze Runner series is violent, dark, and edgy, with a similar allure to that of The Hunger Games. According to IMDb, in their article on The Maze Runner, a movie based on the novel is in development, and is scheduled for release in 2013. MEET THE AUTHOR Peg Robinson holds a BA in Religious Studies from the University of California at Santa Barbara, and has partially completed an MA/PhD in Mythological Studies from Pacifica Graduate Institute. She holds a certificate in copy editing from Media Bistro.Her publishing career started in 1998, on winning a place in Simon and Schuster's Star Trek: Strange New Worlds competition. Her novelette "Tonino and the Incubus" qualified for the 2007 Nebula Awards. She has worked as a content provider, copy writer, informational writer, copy editor, and developmental editor. EXCERPT FROM THE BOOK Thomas, a boy of about sixteen, arrives in a mysterious compound in the middle of a Maze. He’s without any memories of his prior life, without friends or family. He meets the residents of the Maze—other teenaged boys who, like him, have found themselves in this unexplained place, pitted against deadly foes and struggling to find escape from their prison. Thomas finds himself wishing to become one of the Maze Runners for whom the story is named: the best, fastest, bravest, strongest, and most resourceful of the boys. Maze Runners go out daily to explore the maze, trying to learn its secrets and find a way out. His goals are challenged, though, by rivals within the compound known as the Glade, and by the dangers and difficulties of the world itself. 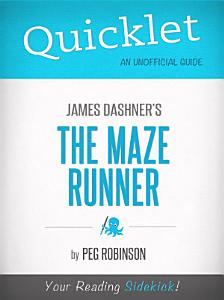 Authors: Peg Robinson
Categories: Study Aids
ABOUT THE BOOK “Out there’s the Maze,’” Newt whispered, eyes wide as if in a trance. “Everything we do—our whole life, Greenie—revolves around the